My sister and I were driving home from New Jersey this past Sunday and we were stuck in a ridiculous amount of traffic on the Belt Parkway.? After cursing up a storm and singing along to?the past?week’s song countdown on her Sirius XM radio station,? I started to vent a bit about my marketing progress…. or lack of progress. 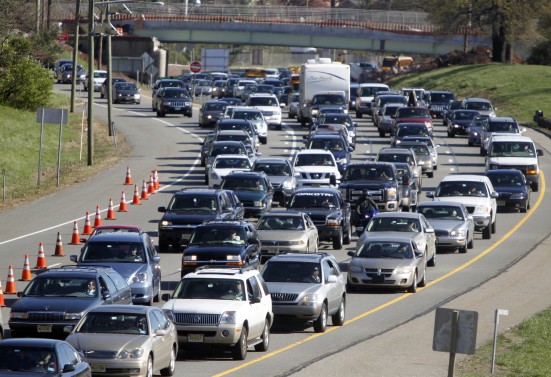 I published a novel about a year ago and it is starting to lose steam.? I am working full-time and editing book two of The Hypothesis of Giants series so it is becoming more difficult to develop and implement marketing strategies for my published novel.? I don’t have a team of dedicated or paid marketers under my belt and the core team who I had in the beginning, consisting of close friends and family,?had sort of weaned out?after six months.? Now don’t get me wrong. That core group was?AMAZING and I don’t know what I would have done without them, but they have their own lives and dreams that they are pursuing.? I can’t expect them to drop everything for my dream all the time.? So here I was stuck in traffic and that’s exactly how I felt.? Stuck!

After venting for about ten minutes, my sister considered what I had said and started to bounce off new ideas with me.? Ideas that maybe I had thought of or?disregarded because they would be too expensive, I had no time, or I didn’t know where to begin.? She helped me revisit those ideas and wonder if maybe I should start looking down those avenues, the scary avenues that I avoided purposefully.??The avenues that were too out there a year ago, or even six months ago when I was still figuring out my target audience and how to do this marketing thing.? I find that I can come up with a million ideas for someone else, but when it comes to myself I get tongue tied or nervous.? Resort to my old excuse of “Well, I’m a writer!”? In today’s world you have to be both a?Writer and Marketer, in addition to a million other hats?you?need to wear (editor, promoter, PR person,?designer, etc.)

It’s great to think outside the box, but I did have to?set certain guidelines during the brainstorming session, and my sister understood?that I couldn’t invest tons of money into?certain marketing tactics…considering I had already made some poor choices in the past that didn’t pay out. ?But there were other ideas she suggested that?I?had some Ah Hah!! moments (so excited).? She suggested teaming up with Fantasy Teen bloggers, or holding a “giant” drawing contest for my character, Otus, who is?a 30-foot giant.? My sister had such innovative ideas and it was such a relief to have someone in my corner helping me break out of my rut and drive through the traffic and see a light at the end of the Belt Parkway…I mean tunnel.? =)

Sometimes you need a new perspective for?your writing and marketing endeavors.? I keep thinking that I am alone in this, but I realize I do this to myself because I feel like I have to be in control of every little detail?with my novel.??I am not alone and that core group who I thought had abandoned me?is still there with me.? It is me who had?locked myself in my own little world thinking I had to do it on my own.? Instead, it is healthy to reach out to?your network?to get a fresh perspective.? This is why building?a network is important because you have people that you can call to help when you need the added support.

So it’s back to the drawing board but at least now I don’t feel so lost or stuck.? And I know now that it’s ok to reach out for help and not to try to be a martyr.? Perhaps I was feeling that a cry for help would make me feel weak, or that I failed.? But the only failure is if I never tried or gave up.??I have to swallow my pride and keep trudging forward.? Maybe I will include more people in my next brainstorming session–or make it fun?and?host a branstorming session Happy Hour!? There is no shortage of ideas…you just?need the?courage to bring them to life.